I like the name of this pub. Pub Snack Allure. This is in the pub district in Otawara Tochigi-ken.

Posted by owenandbenjamin at 1:10 PM 6 comments:

Two meat shops in Otawara Tochigi-ken. These are both in the pub district neighborhood. But I don't think either of them sell meat. Someone lives above Meat Shop Torikin and when I walked by he was just opening the metal doors but I did not see any meat. The other meat shop appeared to be an abandoned haikyo building.


Posted by owenandbenjamin at 1:33 PM 3 comments:

Here is an alley, or very small street, full of small pubs and bars in the Otawara pub neighborhood. There were about 10 or 12 just in this little section that ends just up ahead. The one nearest sells Mackinlay's Old Scotch Whiskey. 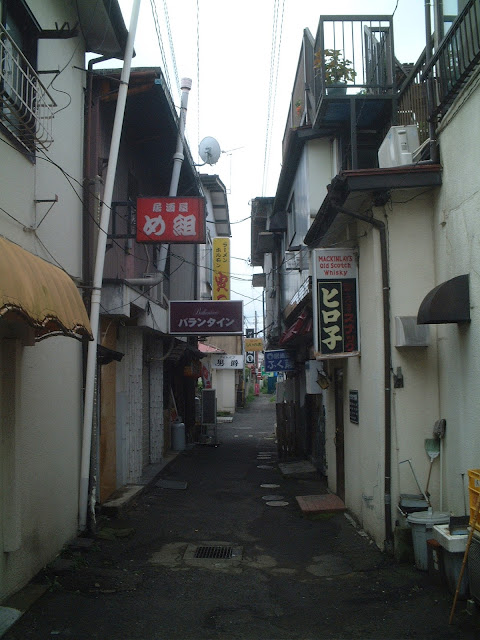 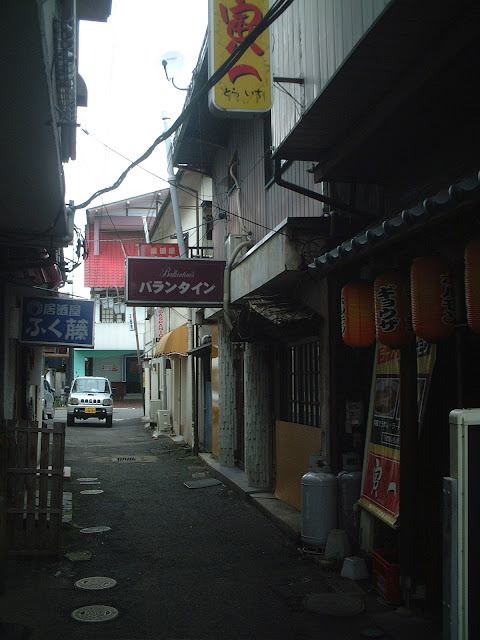 Posted by owenandbenjamin at 4:13 PM 2 comments:

The Economist on the Olympus Scandal


Japan’s cherished loyalty system is part of the problem

ON NOVEMBER 25th the venerable Foreign Correspondents’ Club
of Japan experienced a volley of camera flashes, jostling television crews and shouts of “heads down at the front!”—the sort of attention it has rarely enjoyed since the country began its gentle slide down the world’s news agenda. The occasion was the return to Japan of Michael Woodford, the former boss of Olympus, a Tokyo-based lens-maker, who had been fired in October after he started asking awkward questions about $1.3 billion in suspicious transactions. His subject, in a nutshell, was corporate governance—not something that, in the abstract, usually sets reporters’ hearts aflutter. But as the club pointed out, not even the Dalai Lama had drawn such a crowd.
Mr Woodford, who is adroit in the spotlight, says the whole saga has been like walking into a John Grisham novel. Having been sacked by the board and stripped of his office, home and company car on October 14th, the 30-year Olympus veteran—one of just fourgaijin to run a leading Japanese company—was told to catch a bus to the airport. The American Federal Bureau of Investigation, Britain’s Serious Fraud Squad and the Japanese authorities are all now on the case.
Mr Kikukawa, Mr Mori and the company’s statutory auditor have since resigned from the board of Olympus, accused of a huge cover-up of securities losses dating back to the 1990s. But other board members who supported them and who dumped Mr Woodford still have their jobs. The company insists that he was fired for failing to understand its management style, and Japanese culture, not for being an awkward whistleblower.

But in retrospect, he says, one of the most chilling moments came when he was still chief executive and had unsuccessfully challenged his chairman, Tsuyoshi Kikukawa, to explain the missing money. He found another director, Hisashi Mori, also seemed to be stonewalling him. “Mr Mori, who do you work for?” he recalls asking, expecting the answer to be Olympus. “Michael, I work for Mr Kikukawa. I’m loyal to Mr Kikukawa,” Mr Mori is said to have replied.
If every foreigner who didn’t understand Japanese culture were fired there would hardly be a gaijin businessman left in the country. The corporate ethos of every culture is in some sense unique. Japan’s is especially perplexing, not just because of its well-known emphasis on loyalty to the group, seniority-based pay and long-term job security. Firms are also doggedly clannish on the inside. As Mr Mori implied, loyalty to a manager or department can trump loyalty to the firm—even if that works against everyone’s long-term interests.
The other difficulty, which extends far beyond business, is a general suspicion in Japan of outsiders’ points of view. Take Tokyo Electric Power (TEPCO), operator of the Fukushima Dai-ichi nuclear-power plant, wrecked by the March 11th earthquake and tsunami. A recent report by Bloomberg, citing minutes of a 2009 meeting, revealed that TEPCO and its regulator, the Economy and Trade Ministry, dismissed scientific findings about the risks of such natural disasters that could have helped prevent the meltdowns of three of the plant’s reactors. The nuclear industry is deeply incestuous. Not only do bureaucrats parachute from their ministries into the utilities, but their sons and daughters occasionally marry each other too. Nicholas Benes, who founded the Board Director Training Institute of Japan, a non-profit organisation, says that having more outsiders on TEPCO’s board, whether independent nuclear specialists, foreigners or women, might have helped ring alarm bells. As it was, 18 of the 20 voting members on TEPCO’s board came from the company itself.
Tribalism extends to politics and the media too, frustrating debate, good policy, and the ability to call politicians to account. Members of Japan’s two biggest political parties acknowledge quite candidly that their first loyalty is to their faction’s boss, not to any policy. Hence the ruling Democratic Party of Japan often appears to be more at war with itself than with the opposition.
As for the media, senior reporters are assigned to cover factional power struggles within the parties, whereas complex policy questions are often covered by junior hacks. The mainstream media has a system, known as the Kisha Club, that tends to encourage complicity with official sources and conspires to keep trouble-making riff-raff out of press conferences. Financial journalists quietly acknowledge that one reason they buried Mr Woodford’s claims on the inside pages early in the Olympus scandal is that the story was broken by an obscure monthly magazine. Worse, Mr Woodford first spoke to the Financial Times, not the Nikkei Shimbun.
Time for a shake-up
In politics, there are encouraging signs that some of this is starting to change. The prime minister, Yoshihiko Noda, has made policy front-page news for the first time in years, with his decision to push Japan gingerly towards negotiating a free-trade treaty with America and at least eight other countries, under the framework of the Trans-Pacific Partnership. Meanwhile, on November 27th, a publicity-seeking former governor, 42-year-old Toru Hashimoto, dealt a severe cuff to both mainstream political parties. Beating a candidate they jointly supported, he won election as mayor of Osaka on a single campaign pledge: to unite the city and prefecture of Osaka into one large metropolis that would strengthen its finances as well as its bargaining power with the political establishment in Tokyo.
His appeal suggests one stark aspect of governance in Japan—the patience of voters with hopeless mainstream politics—may at last be weakening. But in the tradition-bound, loyalty-bound business world, there is as yet little such clamour for change, from employees or shareholders, however much Mr Woodford has rattled their cages.

Posted by owenandbenjamin at 4:02 PM 10 comments: