On a recent trip to Japan, I visited Tokyo Disney. I like Anaheim Disney and I wanted to see how Tokyo Disney compared. I went on a weekday because I wanted to avoid the crazy crowds I have heard of. However, even on the weekday non-holoday, the park was very crowded. How does it compare to Anaheim? Of course it is similar except for differences such as a much larger castle. Although the pedestrian areas of Tokyo Disney were more open which is good for crowds, I felt it was to much barren walkways. One of the things I like about Anaheim Disney are the nicely landscaped walkways and the landscaping in general seemded better at Anaheim Disney. Otherwise, I really liked Tokyo Disney. I would like to visit Disney Sea someday also.

Here are a few pictures from Tokyo Disney. 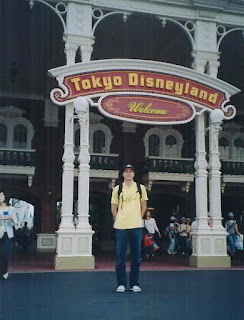 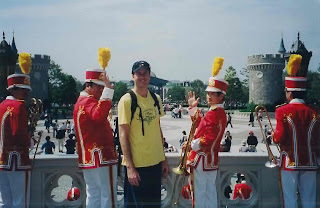 I did not know these band members had turned around until I saw the picture. 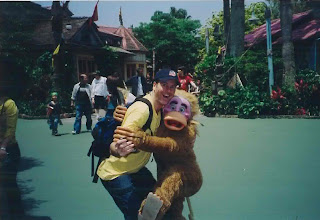 This picture below is from Otawara, Tochigi in front of the temple.

Posted by owenandbenjamin at 10:08 AM 2 comments: