At the Otawara, Tochigi-ken Shinto shrine, this torii gate was destroyed by the March earthquake. 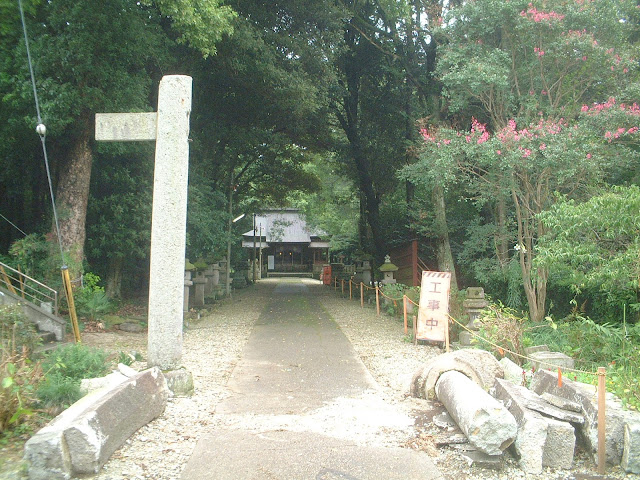 Posted by owenandbenjamin at 10:45 PM 8 comments:

I came across this today during one of my many walks around Otawara. It was next to the door of some type of business. I am not sure what it is but it looks like some kind of a demon. So I call it the Demon of Otawara. 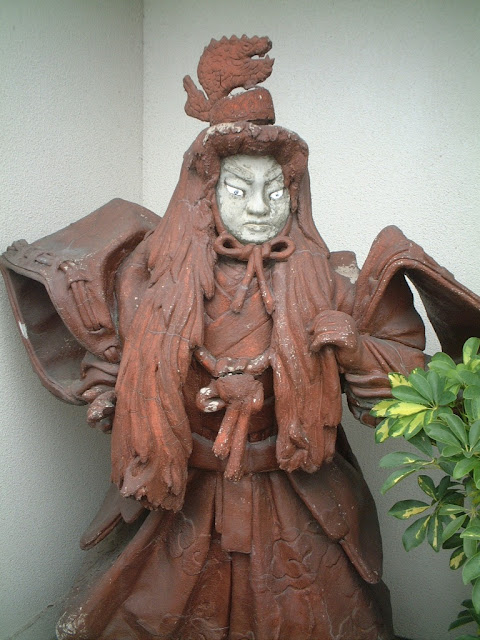 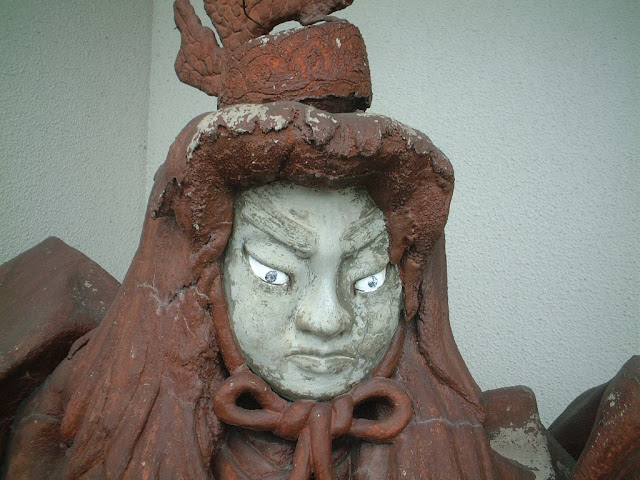 Posted by owenandbenjamin at 4:46 AM 6 comments:

The Guardian of the Bar

I think this is the guardian of the entrance to the Saito Asian Old Bar. This bar is one of maybe 30 or more in a small area of an Otawara Tochigi-ken neighborhood. 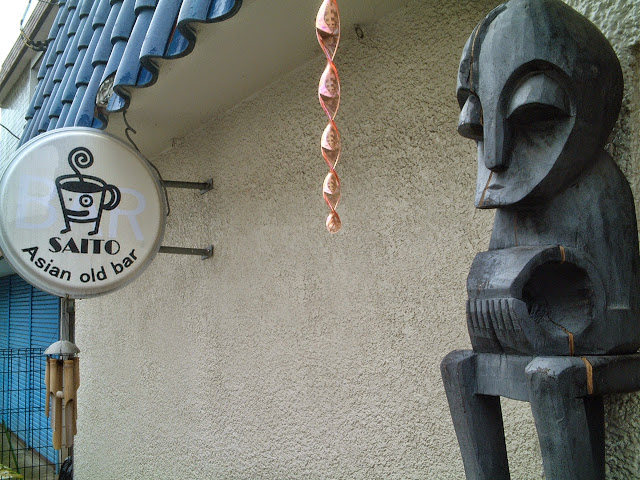 Posted by owenandbenjamin at 4:25 AM 6 comments:

This statue is in the city of Otawara in Tochigi-ken. It is on a two-lane busy street near my in-laws house. I don't know the  background of this statue or who it is. Can anyone read the plaque on the base of the statue and tell me what it says? It is interesting that this archer is not in samurai attire so I am not certain what era it is supposed to be from or even if it is a warrior. The bow is a traditional bow used by samurai it appears. Samurai bows were asymmetrical. The samurai archer actually grasped the bow closer to the bottom rather in the middle of the bow. Some historians state one reason for this was that early bows were made from a single bamboo stalk that was narrower at the top, therefore the samurai grasped the bow lower on the wider and stiffer part of the bow. Later, samurai used composite bows but they continued to grasp the bow lower near the bottom, maybe to keep the long bow from tripping them or their horse up. 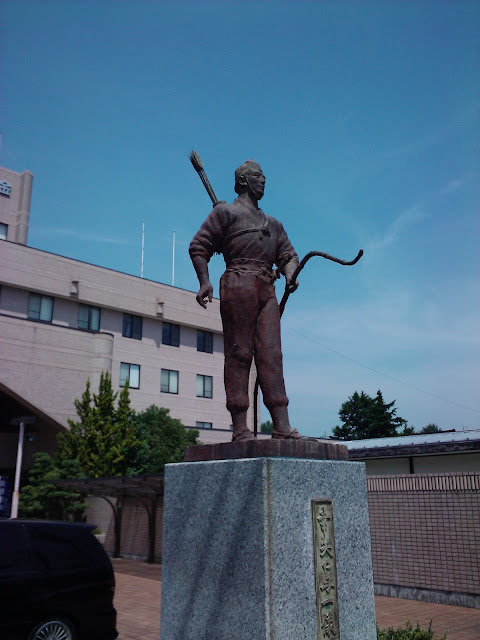 Posted by owenandbenjamin at 8:01 PM 6 comments: