Oda Nobunaga, one of the most feared and powerful warlords in Japanese history, liked a good game of kickball. "Kickball?" you say. "Did it even exist 450 years ago?" Well, apparently it did.

According to the book, Japonius Tyrannus, kickball had been an aristocratic pastime since the late Heian period (794-1185) and surprisingly Nobunaga, a passionate falconer and sumo fan, displayed an interest in this surprisingly ceremonial sport.

Nobunaga actively involved himself with the court such as in 1575 when he organized a match between leading court nobles at the grounds of the temple Shokokuji. Nobunaga used these matches as well as the Tea Ceremony to establish or strengthen political bonds, or to associate with people from outside the warrior class: with merchants in the case of tea, and with nobles in the case of kickball.
The kickball matches also allowed Nobunaga to famliarize himself with the various court nobles. At the time, one of the players, Asukai Masanori (1520-94), served as Crown Prince Sanehito's special envoy to Nobunaga. The Asukai family had earned a dominant position as 'masters of kickball' in the Muromachi period (1336 to 1573), thanks to the sponsorship of successive emperors and the Ashikaga shoguns. Nobunaga continued this shogunal sponsorship of the Asukai, even calling himself Masanori's 'kickball pupil' on one occasion.
I think it would have been pretty cool to have played kickball with the great warlord Nobunaga. I would be careful to always let him win of course.

As Toranosuke correctly pointed out below in his comment, the sport is not like today's version of kickball. The ancient sport is called kemari and is more like the game of hackysack or juggling a soccer ball. There were varying numbers of players, between 2 and 12, and the ball was passed between players. There was no tackling or vying for the ball and the game was not competitive apparently but was more dignified and ceremonious however it did (and does) require a great amount of skill.

Posted by owenandbenjamin at 1:42 PM 8 comments:

During one of my walks around a very quiet average neighborhood in Otawara in Tochigi Prefecture I came across something I would not have expected seeing, a beautiful red Ferrari. It was parked in the outdoor carport of a typical modest home in a very average (not rich) neighborhood. I wonder if this is the only Ferrari in all of Otawara. I even wonder how many there are in the entire prefecture. Very interesting to find this only a couple minutes walk from my Father-in-Law's home. 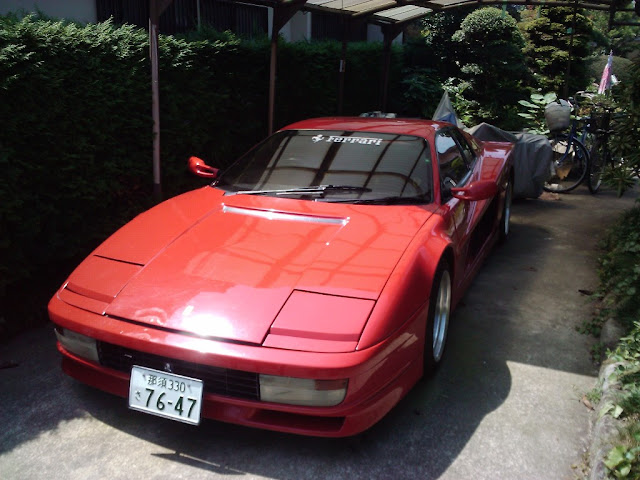 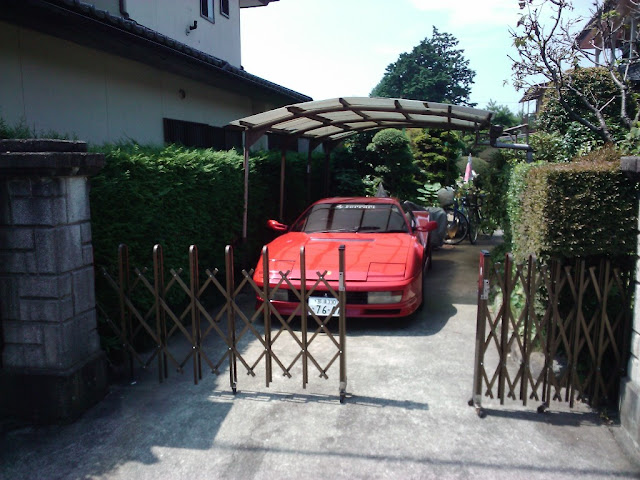 This is my entry in this weeks Show Me Japan Vol 1 Issue 27. Please visit Budget Trouble to see other great photos of Japan.
Posted by owenandbenjamin at 2:07 PM 19 comments:

I don't like spiders much, especially big ones with really long legs. Japan has a lot of these so you really have to watch where you are walking, I mean really watch. The spider below I found on a really narrow little neighborhood street in Otawara Tochigi. The spider had built its web partially covering the road with support strands stretching about 6 or 7 feet (approximately 2 meters) to the other side of the road. It was high enough for small cars to go under. However, the main part of the web you see below was only about 5 feet off the ground and along the side of the road. Had I not been paying attention I would have had a face full of what you see below. It gives me goose bumps and shivers just thinking about it. AAAAHHHHHH!!!! 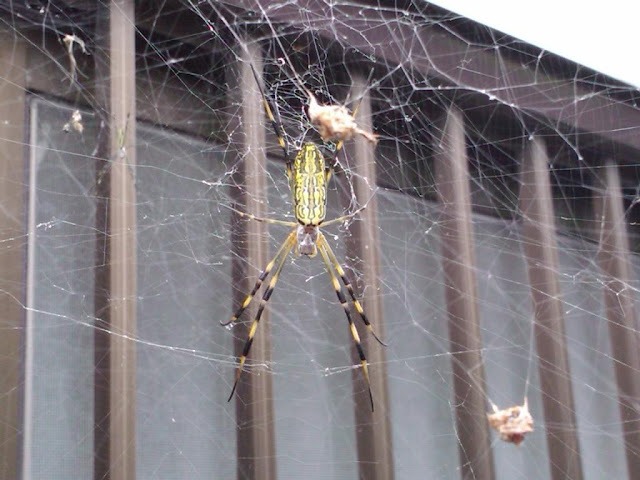 This is my entry for Show Me Japan Vol 1, Issue 26. Please visit to see more great photos of Japan.
Posted by owenandbenjamin at 2:38 PM 22 comments:

Many events and stories surrounding the samurai in Japanese history are as much myth as they are reality such as the story of the 47 Ronin. The ninja are no different.

I recently came across a short but concise article describing the difference between the real ninja of Japanese history and the more well known fantasy ninja. The article on Suite101 was written by Carmen Sterba, a periodic and knowledgeable participant on the Samurai Archives Japanese history forums. I love brief yet informative articles such as Carmen's that get right to the point and teach people about the various myths of the samurai and ninja from medieval Japan.

Posted by owenandbenjamin at 11:34 PM 6 comments:

Below are some photos a relative of my wife sent me several years ago. He lives in Utsunomiya and the photos are from his city. I call him crazy in a funny way. He's a really goofy and entertaining guy who enjoys to have a beer. :) 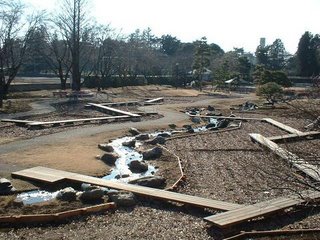 A park in Utsunomiya. 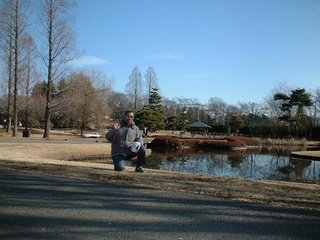 Here is a crazy man at a park in Utsunomiya. 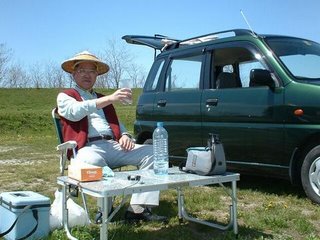 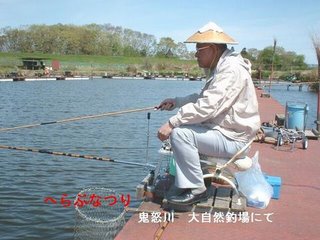 Here is crazy Utsunomiya man fishing at a local park. I wonder if he caught anything? 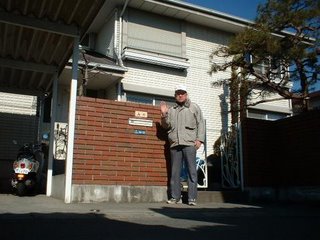 Here is crazy man's house. I wonder if he rides that scooter. If he does and you are ever in Utsunomiya, better watch out when you are on the street. 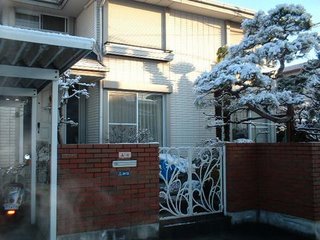 Here is his house during the winter.
Posted by owenandbenjamin at 6:14 PM 8 comments:

Takashi Miike: Why I am bringing Japanese classics back to life

From the Guardian UK, the Japanese director explains why he has returned to the chanbara samurai films of his youth for his new film 13 Assassins and the up coming remake of the incredible film, Hara Kiri.

It was two years ago, when I was watching the classic 1963 samurai film 13 Assassins, that I was struck by the sheer power and energy the Japanese film industry possessed in its heyday. But I also immediately felt sad, because we have lost the ability to make films like that. I wanted to resurrect this creative spirit. That's why I decided to do a remake.

I was only three years old when the original came out. It's popular among samurai movie fans – a legendary film for my father's generation, among the many fine chanbara (samurai films) made at the time. Most of all, I love the Zatoichi series about the blind swordsman, especially the first one, from 1962. It's a masterpiece. Then there are the films of Hideo Gosha: Kumokiri Nizaemon (Bandits vs Samurai Squad, 1978) and Yami no Karyudo (Hunter in the Dark, 1979). They are a bit on the B-movie side, but they are interesting, cool and very stylish. And of course Akira Kurosawa's Seven Samurai has to make the list; I don't think any Japanese film-maker can escape the influence of Kurosawa.

I felt that all of us working on our remake of 13 Assassins had to honour the original director, Eiichi Kudo, and everyone else who created the original. It was important to avoid doing what most modern-day chanbara do, which is to insert a love story, or interpose modern-day mindsets. Over the years, people have remade Kurosawa movies, but failed every time because they have not been able to adapt the story into something young audiences can understand.

The story takes place in the 1840s, near the end of the Edo period. But some things never change: mankind is always in pain, no matter what the age, place or political system. I don't need to insert "contemporary themes" into the film – these samurai speak to us even though we are not samurai. That, for me, is the beauty of these period films. Perhaps the samurai genre is unique, even though we Japanese live in an international world where we share the same information and use the same products. But then again, you could compare samurai movies to westerns, in that they're both long-lasting genres in which the characters and the audiences are mainly men. As men, we want to see some kind of ideal of masculinity, even though modern society might restrict us in our own lives.

I wanted to make 13 Assassins in the old manner, to use old techniques and not to rely on modern-day ones such as CGI, or editing that changes the speed. We only had two weeks to film, and the weather up in Yamagata prefecture in the north, where we built the set for the village where the climactic battle takes place, was pretty bad. The actors did surprisingly well, considering that more than half of the main 13 had never held a sword or ridden a horse. They were fighting for their lives as actors.

Have I managed to resurrect the genre? Maybe 13 Assassins is the mortal agony and death rattle of a Japanese film industry that has abandoned its creative talent. But I've got another chanbara on the way, which I'm editing for Cannes right now. It's called Hara-Kiri: Death of a Samurai, and is based on the 1962 film by the famous director Masaki Kobayashi. And it's going to be in 3D. As a film-maker, it's only natural to feel happy about new possibilities opening up. I picture myself 20 years from now, when 3D is the norm, telling my grandkids: "In the old days, we actually argued about whether 2D was better."

Takashi Miike was talking to Phil Hoad.
Posted by owenandbenjamin at 7:10 AM 2 comments:

Here is the trailer for the AWESOME looking 13 Assassins that is now playing in the United States. Here is a listing of where it is showing. 13 Assassins is a remake of the original 1963 film and is directed by Takashi Miike. Miike also directed such famous films as Sukiyaki Western: Django, Ichi The Killer, and Yakuza Demon. Although a remake, this film has been getting some very good reviews, apparently the sword fighting and battle scenes are very impressive and violent. The director clearly wanted to give the feeling of the reality and horror of the actual combat, just like was done in the movie Saving Private Ryan. This is showing in Los Angeles so I will make every attempt I can to see this incredible looking samurai film.

Posted by owenandbenjamin at 11:20 AM 10 comments: